– Adds a Return to #APP NAME# link on the editor header menu when navigating to push, account & other non-app related pages, to go back to editing in one click.

– Fixes incorrect settings when using 2+ social wall inside the application.

– Fixes scheduled posts not displayed in the editor when created.

– Fixes radio choice selection when 2 or more are used.

Folders v2
Sub-folders do not open.
Android apps > Radio
Not all streams are supported byt the Android, MediaPlayer, our plan is to upgrade to ExoPlayer in a future update.

– Removes all references to UIWebView – Only iOS without AdMob can be distributed for new applications.

– Fixes custom page (cms) not opening inside a subfolder.

– Prevents templates from adding features not allowed by the user role/acl.

– Fixes navigation menu when browsing with a mobile phone.

iOS Apps
iOS contains references to the UIWebView and are rejected by Apple, please update to 4.18.18 asap.
Folders v2
Sub-folders do not open.
Android apps > Radio
Not all streams are supported byt the Android, MediaPlayer, our plan is to upgrade to ExoPlayer in a future update.

– Adds an option to scheduled posts to their set publication date.

Note: disabling the auto-update doesn’t disable content updates of the features, it affects only code/source updates.

– Implements some UI changes in the editor, increasing the size of the application overview, and optimized to work on smaller screen resolution.

– Rebuilt all the media player, it’s now opening inside a Modal and is not dependent of a route/state.

– Fixes stream/mp3 handling in native, to play as soon as the downloaded data allows it.

– Adds a buffering message when data is loaded.

– Fixes a fatal error when checking for iOS device registration on subsequent boot.

– Improves individual push syncing to ensure customers are linked to their push device. 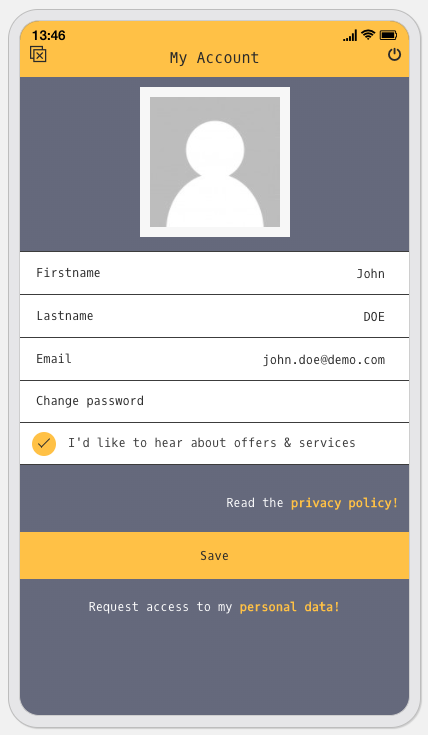 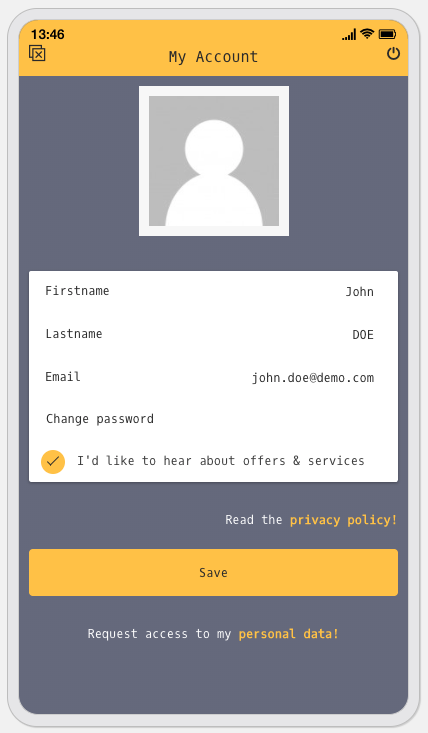 – Adds a section for the YouTube API key in the Settings > API Key for each application.

– Fixes CORS issues within iOS & Android by moving all API calls to the server instead of the App.

– Adds a second checkbox for the commercial agreement, with custom label if needed.

– Rewrites part of the UI to improve actions.

– Fixes too recent javascript syntax not available on some browsers.

– Adds cleartText in AndroidManifest when the apps contains at least a radio feature.

– Fixes blank input on some cases.

– Updates inconsistent loading & initialization of the editor across features.

– Allows to import nested topics with .CSV format, example file is provided inside the feature.

– Fixes incorrect SMTP settings, preventing some e-mails from being sent.

– Fixes the option disable comments when clicking on like.

– Defaults to the Legacy build system for builds made with Xcode.

– Option to display the submission history for logged-in users.

– All results are saved in DB (like Form v1), with CSV export.

– Image field can now accept up to 10 images.

– Adds the option to upload multiple images (1-10 adjustable option) on a post.

– Opens default links, addresses & routes in the external browser when no option is provided.

– Deprecating Form v1 in favor of Form v2, as with all features, Form v1 will continue to work in published applications as expected, but will not receive future updates and/or fixes, for all new Form features please use Form v2.

– Updates InAppBrowser to use WKWebView instead of UIWebView.

– Allows to preview internal links inside the app overview, external browser will not work in the overview, but will open in a new page with the HTML5 App.

– Fixes radio & audio crashing on iOS 13+, temporary disabled Music Controls when app is in background, this was crashing any audio content.

– Updated cordova core to 5.1.1 and WKWebView, which disable UIWebView at compile time to remove references to it.

– Hides signup when the signup is disabled in my account.

– Uses WKWebView instead of UIWebView.

– Adds a see changes action to reload only the overview.

– Updates the status bar color white/black depending on the header background colour.

– Adds back the link to open the WebApp.

– Adds another link to open the WebApp under the General Information tab.

– Fixes an issue where some body request passed through the WAF.

– Adds an option to globally disable the WAF.

– Adds import feature, you can import CSV, JSON or YAML topics in bulk, example files are provided in the feature for formats.

– Fixes CSS issues preventing the menu to scroll when all sub-items were open.

– Tests the feed url while saving, and display eventual errors if any.

– Enforces use_https to true, Android 9 requires all apps to run with HTTPS.

– Removed temporarily non-working `My account` from the available features.

– Adds user to user moderation, a user can now block any other user posts & comments.

– Fixes `more` action not opening in the editor..

– Exclude from the list apps without push feature & locked applications.

– Fixes an issue while opening several Modal, Dialog & Popover, all leaving an invisible overlay, the result was all touch actions were blocked.

– Hides silent push (no title, no message) when App is in foreground.

– Fixes icons from library not updating the correct feature.

– Fixes an error when selecting template on new app.

– Increases loop failsafe limit from 20 to 1000 preventing deep nested roles to be hidden.

– Fixes issue with Layouts not using side-menus & contextual-menus which could open a ghost side menu.

– Fixes message displayed when layout has no option.

– Fixes memory crash on editor for layouts with a more button.

– Fixes Google Fonts with a + in their name, not working correctly.

– Makes the permission for BATTERY_OPTIMIZATIONS optional, and defaults to false.

– Changes danger message for Google Maps API key to warning, and allows to save invalid address (without coordinates & without locate action).

– Displays hidden & disabled features (with a hint) in the list (hiding them could have led to lock features for ever).

– Live preview of Titles from the editor in the overview when user is on homepage/menu/nav.

– Adds a fallback text when toastr message is not set.

– Fixes general issue with success/error callbacks on many features & actions.

This feature will replace both Newswall & Fanwall. 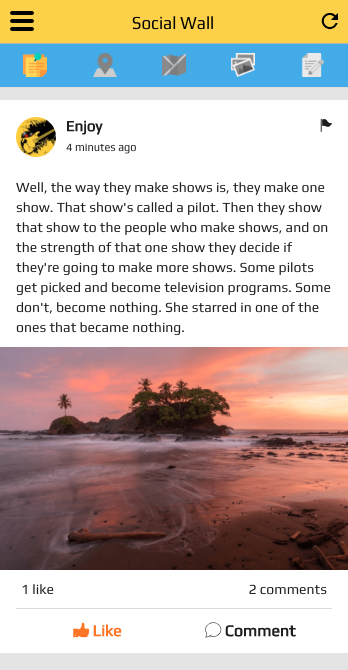 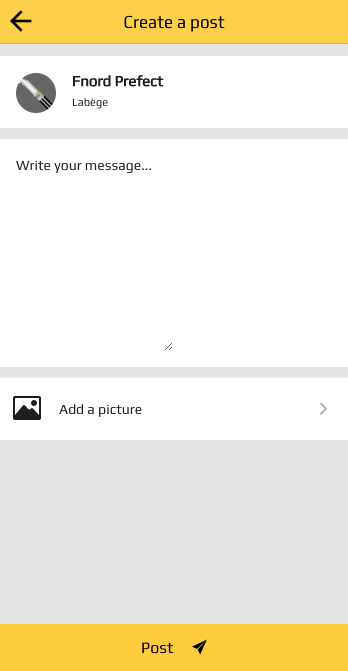 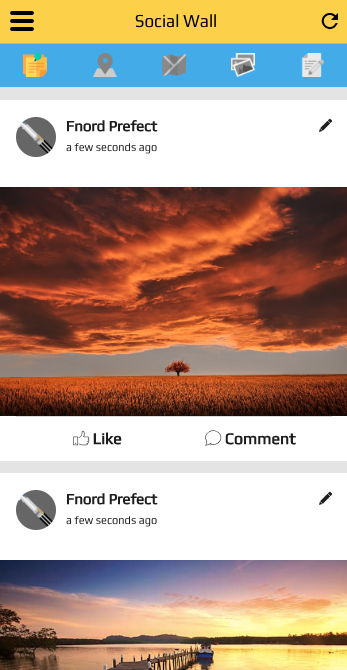 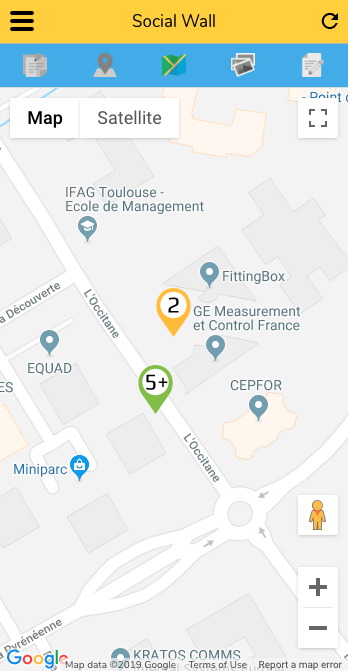 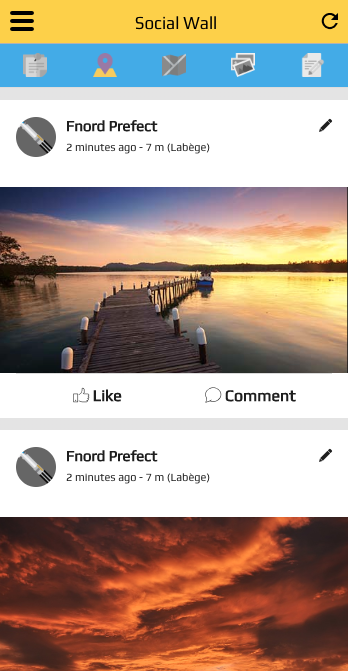 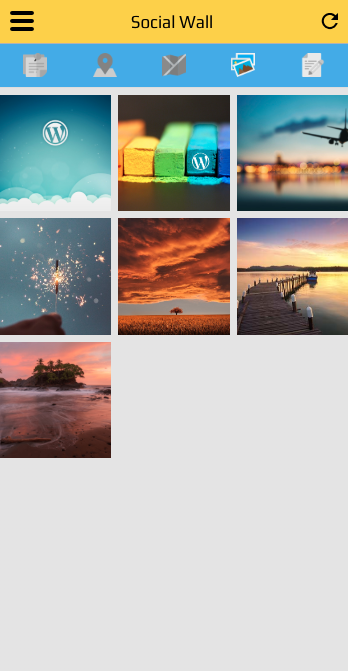 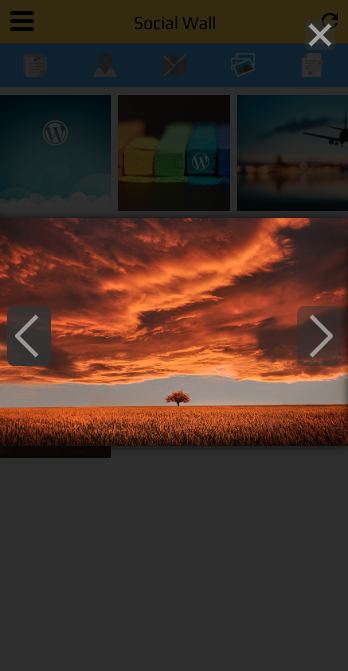 – Adds a try/catch block around e-mails to prevent them locking cron.

Adds an option to have a single Date & time or Check-in & Check-out dates.

Adds options to set a Cover.

Adds options to set a Description.

Adds geolocation error icon when GPS is disabled or timeout.

Adds picture upload for resume, up to 5 files. 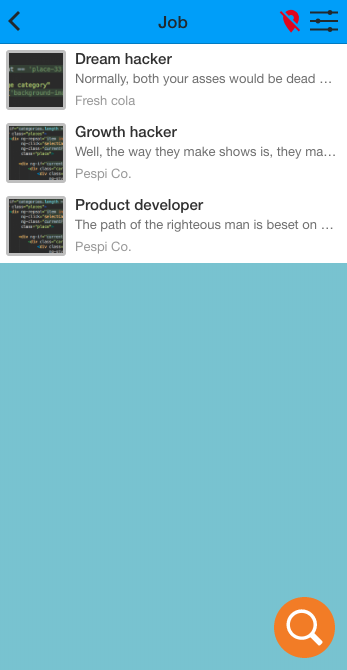 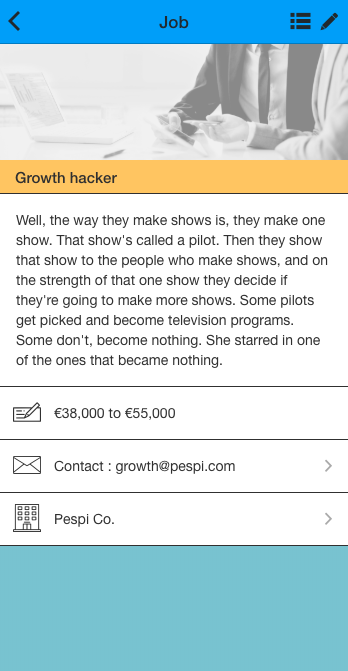 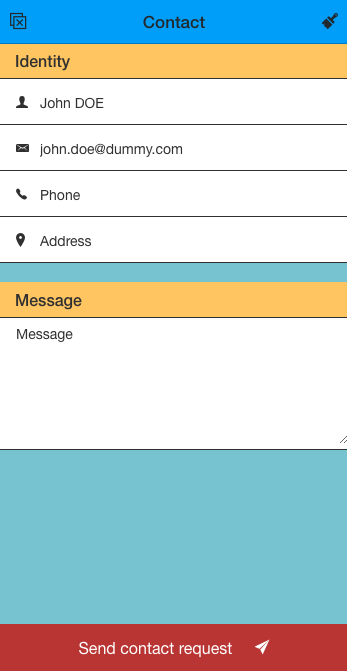 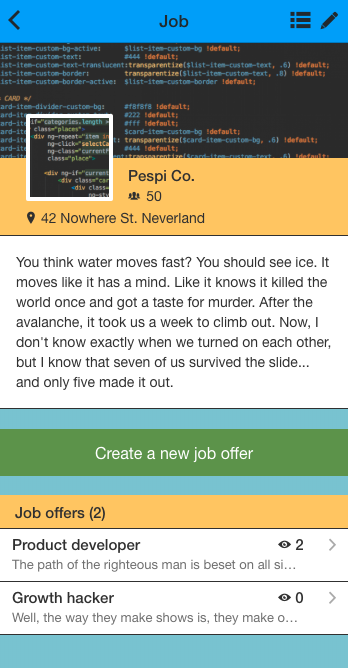 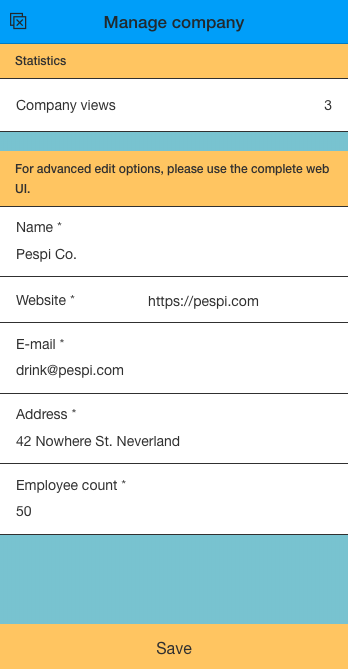 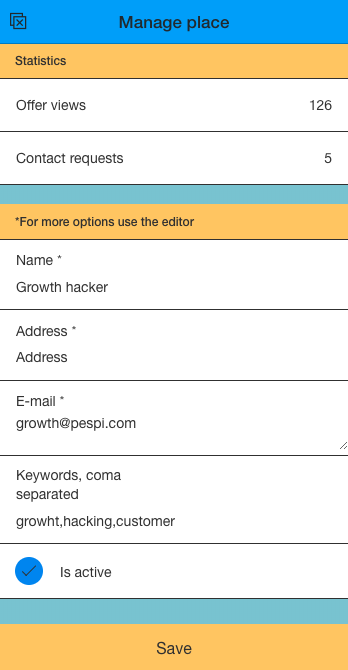 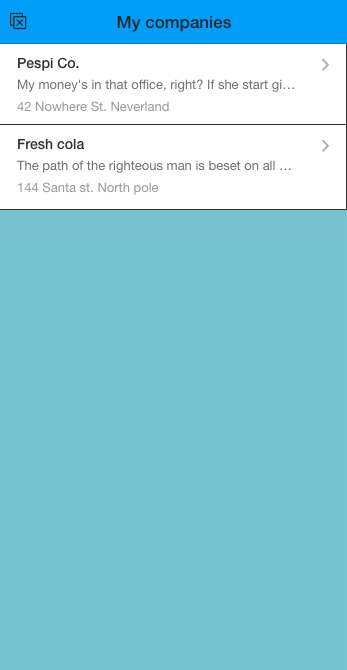 Adds geolocation error icon when GPS is disabled or timeout

Fixes delivery method not showing when outside radius, now displays a message to inform the user.

Fixes an error when the minimum order amount wasn’t reached, blocking the checkout.

Adds a badge to display how many items are in your current cart beside My cart on the homepage. 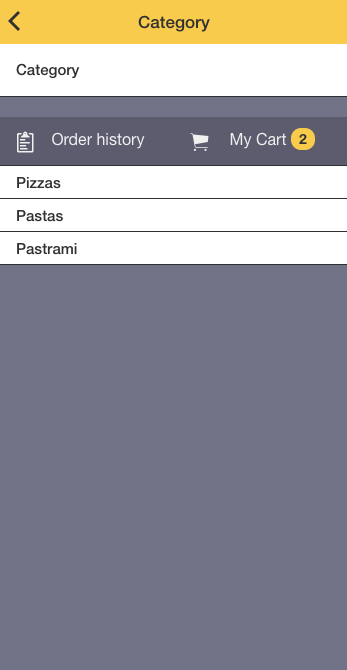 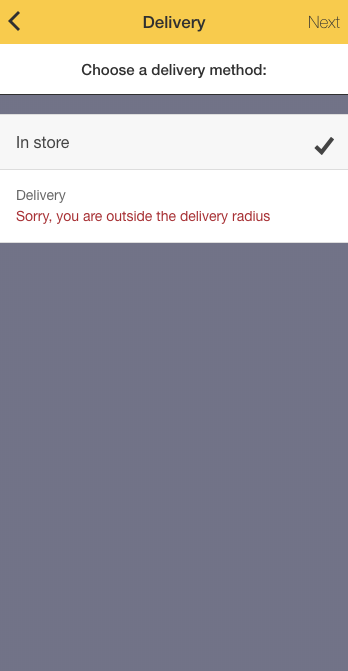 Removed ConnectionService and call to the server every 3 seconds, resulting in unwanted server load. 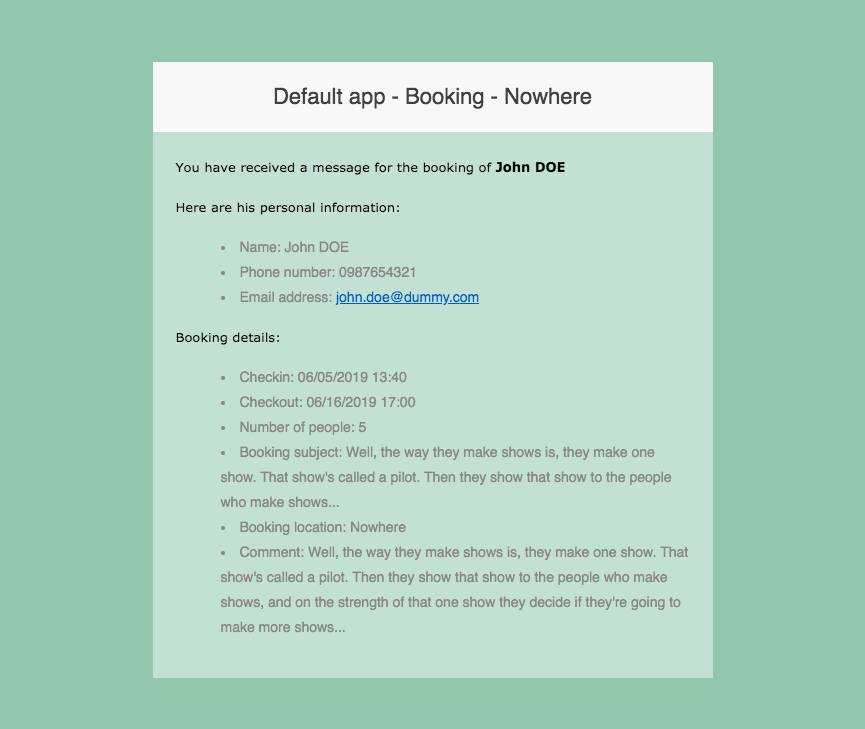 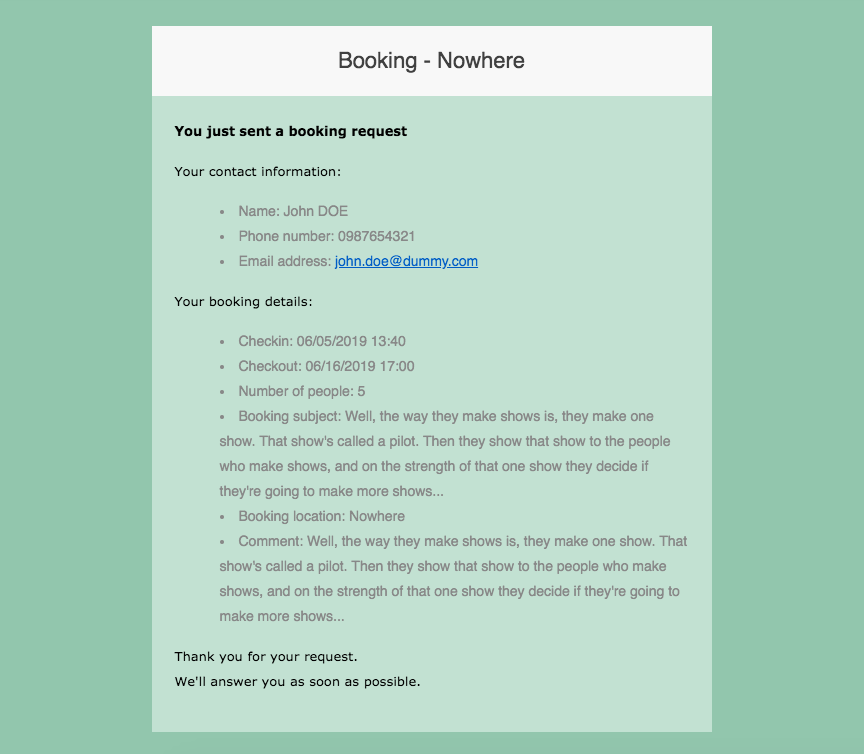 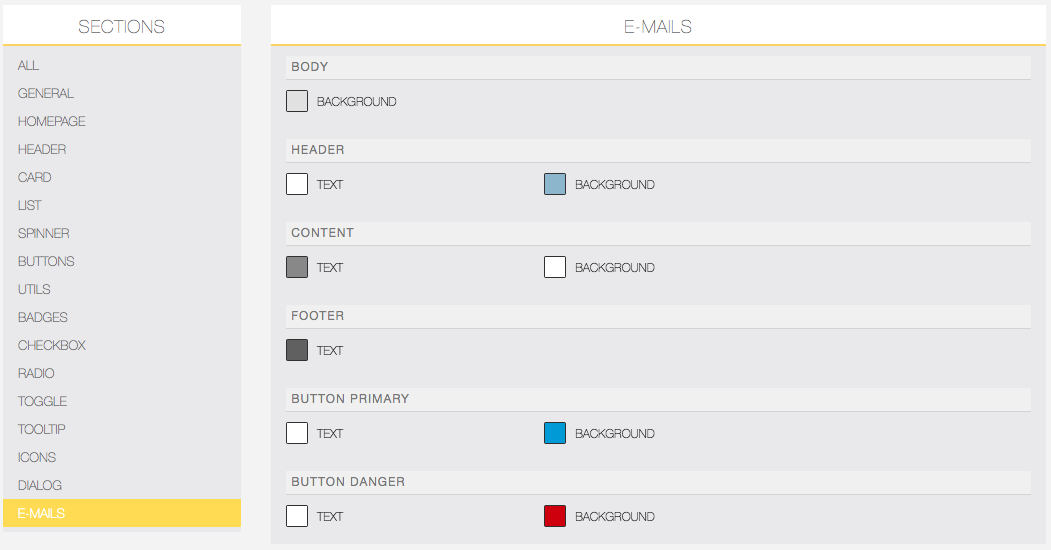 Fixes drag'n'drop of items always moving to the first page.

Fixes an issue when the feed is missing last modified date.

Fixes an issue preventing ALL feeds to load if any was failing.

Adding generic user-agent to prevent deny of service based on agent name.

Fixes an issue preventing options to be saved.

Fixes settings not applied when My Account is inside a Folder (v2).

Fixes an issue preventing to remove My Account from a Folder (v2).

Fixes save button outside the modal (and potentially outside visible screen).

Fixes settings not always loading correctly due to the cache.

Note: layouts with the option visible from all pages are still affected by the issues above.

Save all requests in DB, and displays a list in the editor page.

Adds a new split / merge mode, display each feed as a group, or merge all feeds into one.

Fixes magnifier positioning with layouts visible from all pages.

Adds a new option to open places on Map.

Adds a warning when no Google API key is set.

Fixes geolocation field, now when there is no Google key, the value fallback to the GPS Coordinates, In app the field displays the actual fetched value (textual address and/or coordinates).

Fixes an issue preventing to save the radio without a background and/or to delete it.

Allows to remove my account in the case there are multiple iterations.

Fixes multiple my accounts inside Apps.

Fixes a fatal error locking the cron when an iOS app without startup screen is generated.

Changes the recommend Xcode version from 9.2 to 10.1

Adds INR (Indian rupee) to the list of allowed currencies.

Fixes a random issue preventing some Apps with In-App Messages and/or Push to correctly load.

Fixes a random issue preventing some features to correctly load.

Allows to add or remove my account even when no feature requires it.

Allows to change the my account position in your homepage layout.

Fixes feature loop with layout 9 & layout 1 visible from all pages.

Check for permissions such as Location, Photos, Contact when required.

Adds a registry to prevent Ads to be displayed on some states/pages to comply with Google rules (ie: Chatrooms, etc …)

Fixes a random issue where the Chatrooms websocket was restarted every minute.

Fixes features not opening from the push list page.

Fixes editor page not opening at all.

Fixes wrong CHMOD on Android sources/apk when the cron is running with root.

Adds a specific pin icon uploader in the form to be used on the Map.

Adds a default setting for the map & the possibility to apply it to existing Places.

Fixes some blocks not loading images in native Apps.

Fixes custom font-family not being applied on all elements.

Fixes full & partial upgrades when places have no tags.

Fixes overview not visible on some pages, scroll issue.

Fixes layout of features inside a folders always defaulting to Layout 1.

Adds settings to lock the app orientation like for iPhone & iPads.

Fixes font-family selector by replacing it with a Google Font selector. 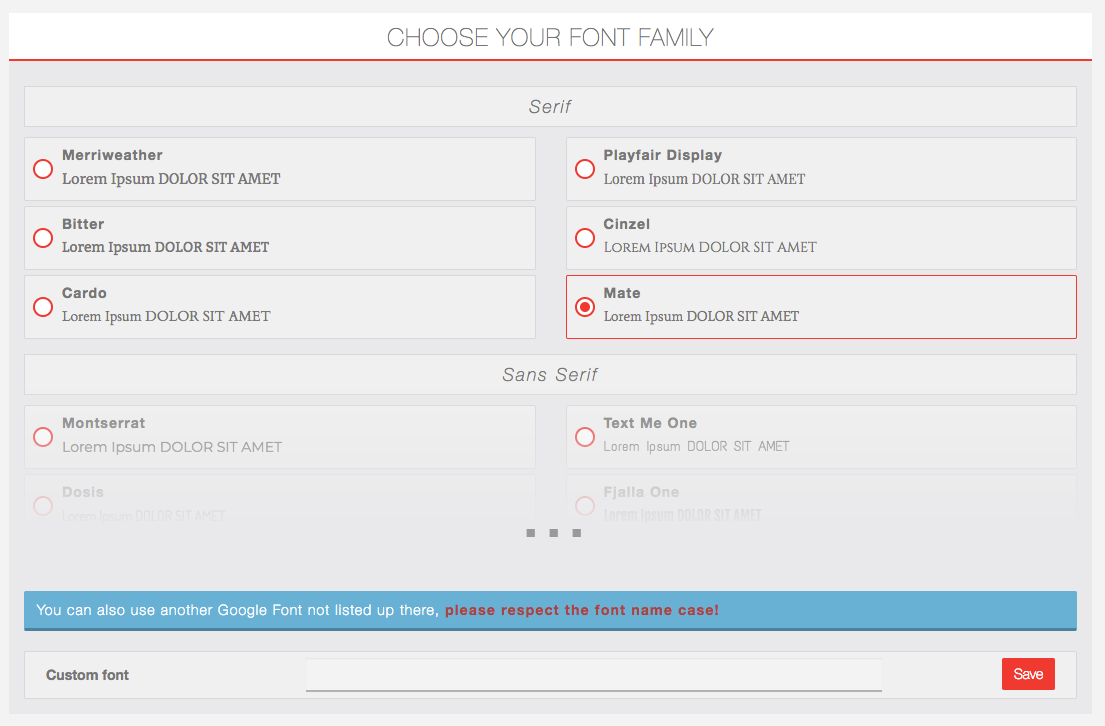 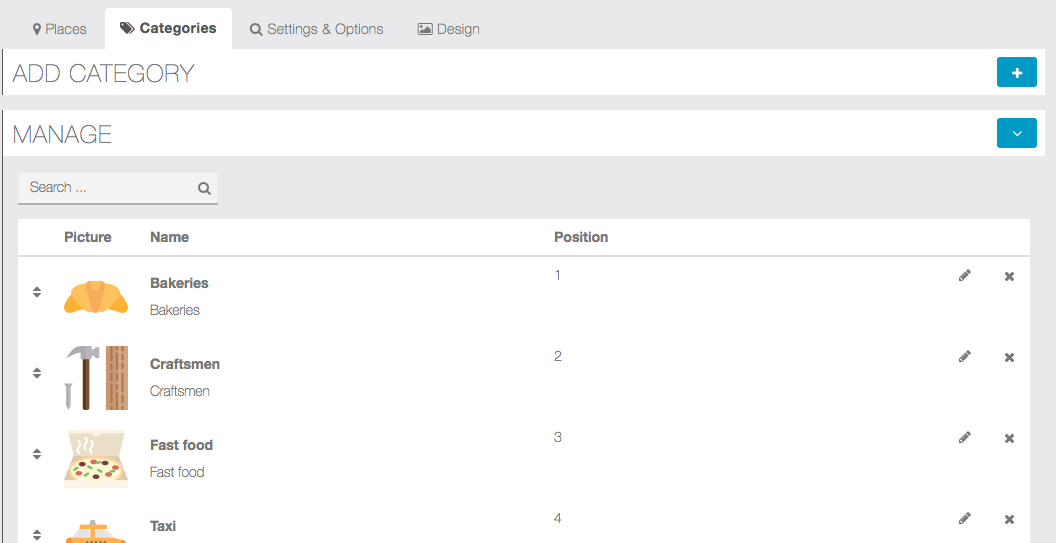 Moves the search inside a modal.

Adds a multi-category filter in the search modal.

Improves the Google Map with clustering and a smart information modal. 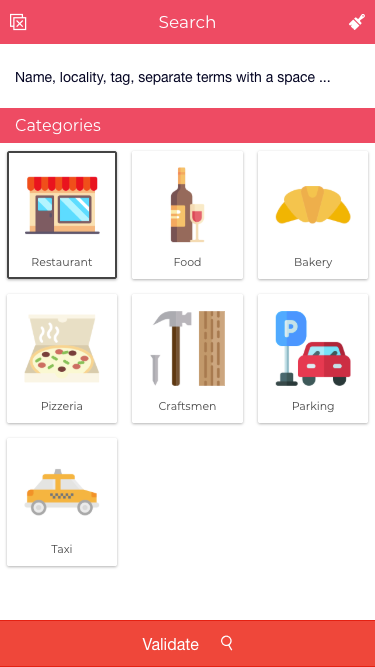 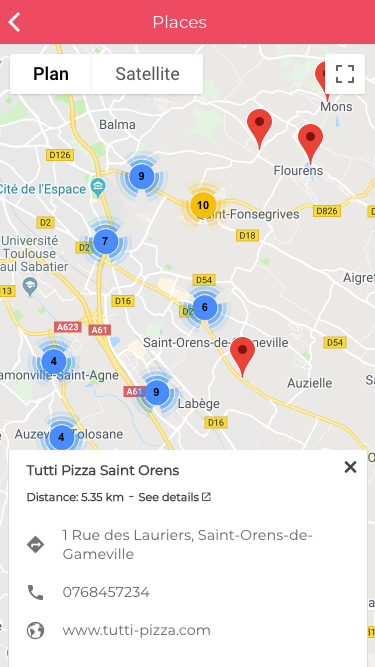 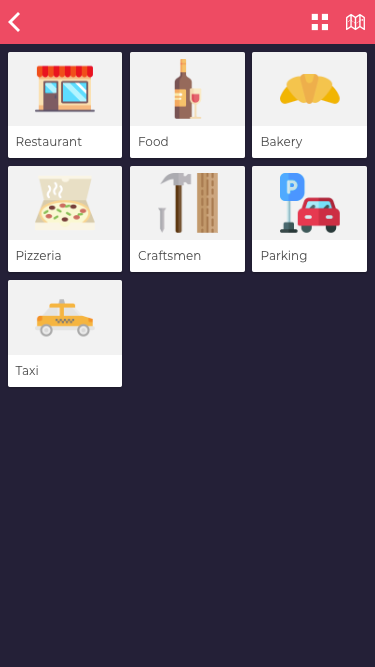 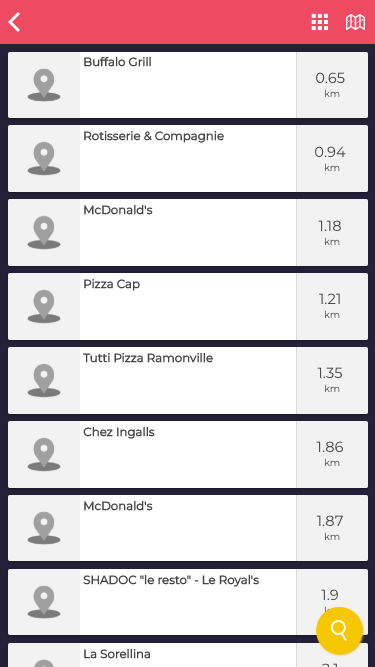 Adds a restart button for failed APK builds on the history.

Adds a mail logger to improve tracking of the CMS activity.

Adds a key validation when saving.

Adds a message in the background section of the feature when «use homepage in all pages» is enabled.

Upgrades the template system with the unified homepages.

Adds a security layer on RichText editors to prevent XSS.